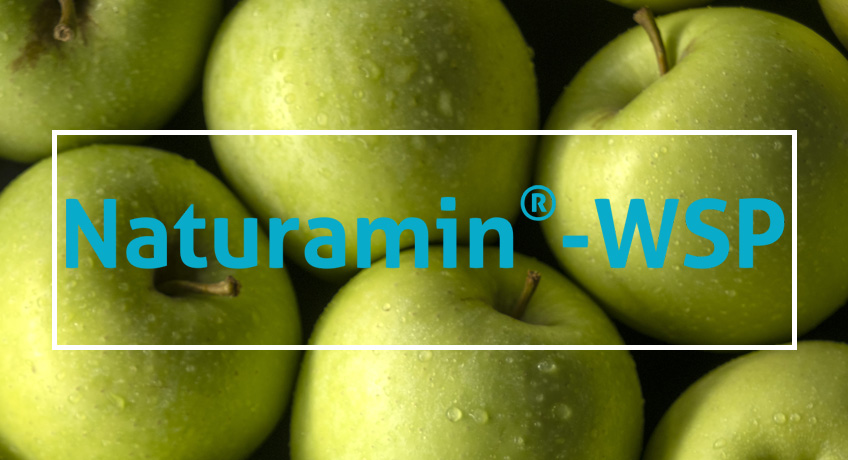 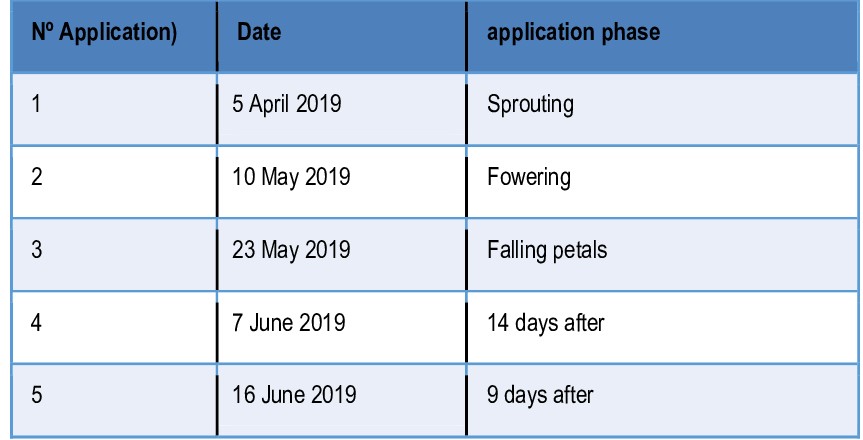 DAYMSA bets Naturamin® – WSP to stimulate the metabolism of the crop and achieve a higher productivity of the plant, as it has been demonstrated in a trial carried out on apple tres

Every agricultural crop, throughout its life, is subjected to different moments of stress (transplants, frost, high temperatures, water deficiency or excess …), which condition its physiological development by requiring greater energy consumption.

DAYMSA is committed to the use of biostimulants such as Naturamin® – WSP, a formulation designed to increase the global physiological activity of plants, stimulating their growth and protecting them from adverse conditions to achieve the maximum productive potential.

Naturamin® – WSP, unique in the market

Naturamin® – WSP is a formulation of amino acids (80% free amino acids), where its high content of serine and proline, glycine-betaine promoters, main protectors of heat and water stress stand out. “Naturamin® – WSP is a biostimulant, applied by fertigation or foliar, that stimulates the metabolism of the plant, helping it overcome those moments of stress”, describes Eitán Martín, Marketing Manager of DAYMSA, also that it is a Usable in Organic Agriculture according to EC Regulation 834/2007 and 889/2008 and the NOP Regulation and the JAS Regulation (INTERECO. OMRI. ECOCERT SA F – 32600. CAAE Control. CAEX Control).

Its main actions include: 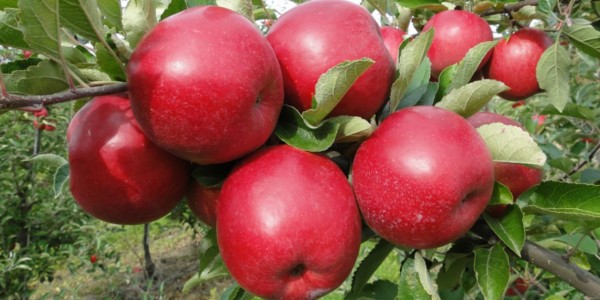 Crops and method of application

Regarding its application system, it can be foliar and fertigation, with doses that vary according to the system of use and cultivation.

By stimulating the metabolism of the plant, one of the effects of Naturamin® – WSP is the generation of a greater productive capacity, as has been reflected in a study carried out by DAYMSA in an apple tree crop, in the production area. from Łowicz (Poland).

The objective of this trial was to improve the yield of this crop by means of biostimulant treatments with Naturamin® – WSP via foliar route, with the Najdared’apple variety in M.26 pattern. The results were compared with a control not treated with biostimulants.

5 applications were made, from April to June, of 0.5 kg / ha, the first being during bud break, followed by the beginning of flowering, the beginning of the petals falling, 14 days later, and finally, after 9 days. (see box)

The harvest in these study plots (4) was harvested in September, which time the kg/ tree was evaluated in 10 trees from each of the plots tested. 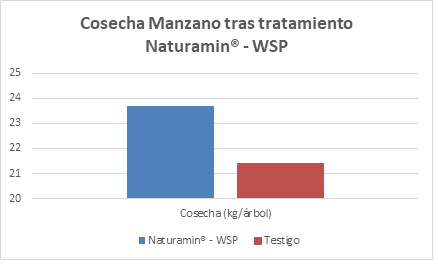